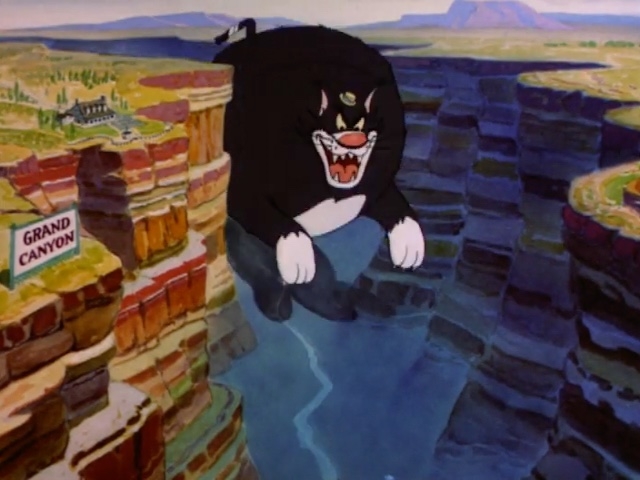 Reagan at the Movies

You can take the movie actor out of Hollywood, but you can’t take Hollywood out of the actor. That’s right, this is about Ronald Reagan. Now that he has become our first filmgoer, movies have taken on a new significance in our political discourse. But not without some resistance. Reagan’s incessant plugging of Eleni and his suggestion that Rambo: First Blood, Part 2 had helped to guide his foreign policy have probably not won him any new friends. His praise of Eleni did not slow its progress to commercial oblivion, and Rambo remains beyond the pale for conservatives with pretenses of literacy. Even Robert Novak, who seems to regard himself as Reagan’s conservative superego, prefers to think that Sylvester Stallone is a liberal faker trying to discredit jingoism through parody. And Reagan’s confusion of movies with real life has inspired some ridicule, even from 60 Minutes, which not so long before had produced a fawning interview with Nancy Reagan.

Once upon a time, presidents were larger than the movies. The real or mythical exploits of Teddy Roosevelt were the subject of many one-reelers in the early years of the century, and Douglas Fairbanks based his screen persona on the Roosevelt legend, even imitating Roosevelt’s appearance in The Mollycoddle. Teddy’s cousin FDR didn’t quote movies, they quoted him. Republic Pictures once produced a film based on a mystery story sketch written by Franklin Roosevelt, and they titled it The President’s Mystery.

American presidents, unlike their Soviet counterparts, have not been known for their patronage of the movies. John Kennedy, the last president to inspire a biopic in the Teddy Roosevelt mold, apparently saw a lot of movies while he was president, but he kept quiet about it. Richard Nixon claimed to find inspiration in Franklin Schaffner’s Patton, but I suspect his enthusiasm for the film was more feigned than real, part of his carefully calculated construction of a mad bomber image.

Ronald Reagan, on the other hand, seems to be quoting movies all the time — both consciously and unconsciously. He can’t claim to be larger than the movies, and he can’t claim to be indifferent to them. His relationship to the movies is inevitably a part of his public persona. When he was running for governor of California in 1966, he played down his movie actor past, but that allowed his political opponents to control the public image of that past. Bedtime for Bonzo replaced King’s Row as his most celebrated film. As president, however, Reagan has taken charge of his movie past. He knows that even the most forgettable entertainers can become sentimentalized national treasures if they live long enough. Or perhaps he has just decided that if Shirley MacLaine can quote Kant in her memoirs, he should be able to quote movies.

Some would say the problem isn’t that Ronald Reagan still likes movies, it’s the movies that he likes. But I think the commentators who find Reagan’s support of Rambo unbecoming have missed the point. Reagan’s special genius as a politician has been his ability to make ressentiment seem virtuous and respectable. People like him because he makes them feel good about their anger. This is no small achievement. He succeeds so well because the rage and frustration he expresses is felt sincerely. He managed to keep his own sense of ressentiment alive against all odds. At the height of his fame and fortune as a movie star, he was able to feel passionately and keenly the injustice of the progressive income tax (and his apparently quixotic forty-year crusade against it has finally ended in a remarkable victory — a happy ending more improbable than Jimmy Stewart’s triumph in Mr. Smith Goes to Washington). When he ranted about welfare chiselers, you knew he meant it. Her could count the dollars they were stealing from him.

Films like Rambo appeal to the same sense of popular ressentiment Ronald Reagan draws on so powerfully. These films have been around since the mid-1960s, but until the end of the 1970s, they were made for the worker who would like to take his job and shove it but has to accept a steady diet of shit; they weren’t made for Ronald Reagan. Then Hollywood discovered the special frustration of the lower middle classes: the perceived war on patriotism. It dropped the authority-baiting that seemed on the verge of subversiveness during the 1970s, in films like Rage, White Line Fever, Vigilante Force, and Over the Edge, and it began to make movies Ronald Reagan could be proud of once again. Who can blame him for welcoming this mutation in Hollywood’s product?

Of course, the rest of us don’t have to follow him. The sense of individual powerlessness Hollywood responded to during the 1970s was often real; the sense of national powerlessness that animates Hollywood’s “new patriotism” is contrived and hysterical. When Goliath imagines himself to be David, it can be dangerous. To see what happens when a “pitiful helpless giant” is unchained, we need look no farther than the Godzilla films. Or we can look at Tex Avery’s 1947 cartoon King-Size Canary. A cat, a mouse, and a canary discover a magic enlarging potion. A single gulp makes them grow tenfold. But as they bloat up to ridiculous and then frightening proportions — each trying to outgrow the other to survive — their nature does not change.

In the end, as the cat and mouse chase after each other, oblivious to everything around them, they innocently destroy entire cities, even the Grand Canyon. Finally the earth itself is threatened, but it’s only a seven-minute cartoon so they run out of “the stuff” before they can crush a continent. This is the one movie I’d recommend to Ronald Reagan.

Originally written in 1984 but unpublished until its appearance in Slow Writing: Thom Andersen on Cinema (The Visible Press, 2017).