Film as Film: The Cinema of Gregory Markopoulos: Program 1 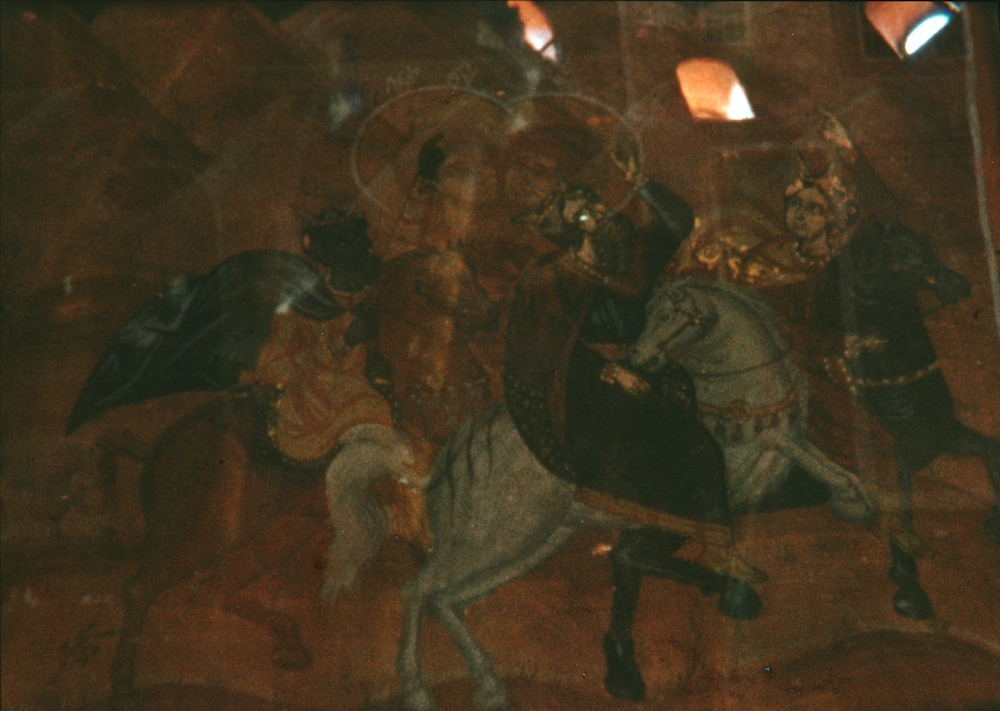 GAMMELION
Markopoulos’ elegant film of the castle of Roccasinibalda in Rieti, Italy, (then owned by patron, publisher and activist Caresse Crosby) employs an intricate system of fades to extend five minutes of footage to an hour of viewing time. This inventive new film form, in which brief images appear amongst measures of black and clear frames, was a crucial step towards Markopoulos’ monumental final work Eniaios (1947-91).

BLISS
An exquisite portrait of the interior of a Byzantine church on the Greek island of Hydra, edited in-camera in the moment of filming.