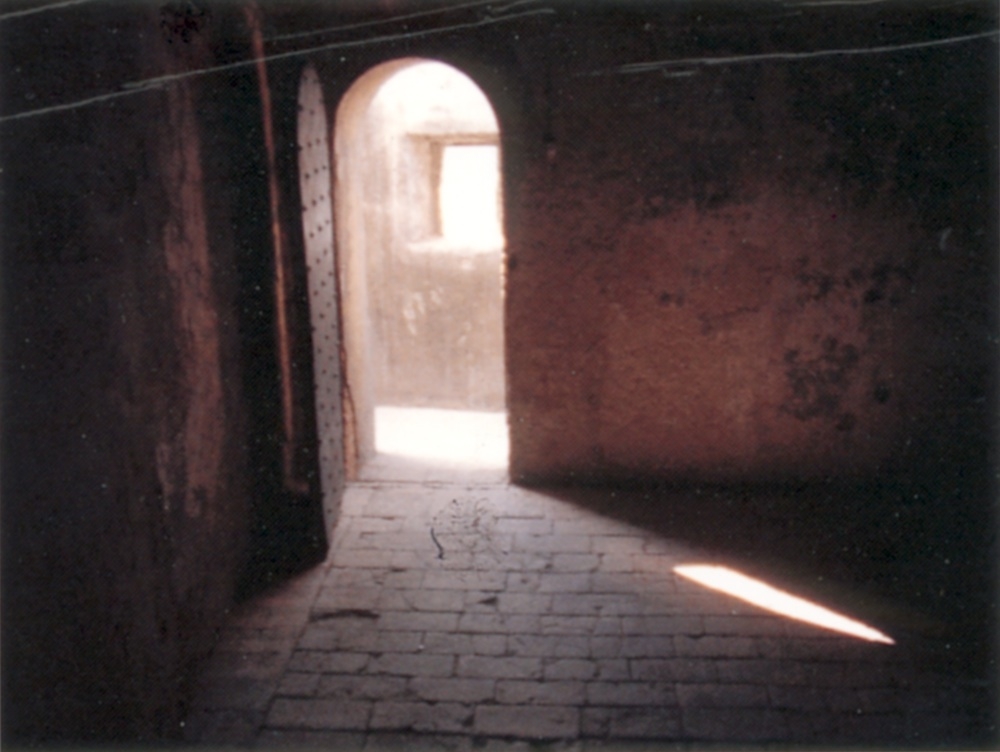 Markopoulos’ elegant film of the castle of Roccasinibalda in Rieti, Italy, (then owned by patron, publisher and activist Caresse Crosby) employs an intricate system of fades to extend five minutes of footage to an hour of viewing time. This inventive new film form, in which brief images appear amongst measures of black and clear frames, was a crucial step towards Markopoulos’ monumental final work Eniaios (1947-91). This screening of Gammelion will be preceded by Bliss, a portrait of the interior of a Byzantine church on the Greek island of Hydra, edited in-camera in the moment of filming.

“Fortunate is the filmmaker who possesses a daemon, and who passes naturally from season to season, always with renewed energies, to that crucial point where he is able to recognize what constitutes the sunken attitudes of his art; what constitutes the portent, eagle-shaped attitudes. Attitudes which in a season of plenty soar beyond the frailties and grievances of the creative personality. Forgotten and released are the self-acknowledged limitations, the often comical, continuous demands upon friends and acquaintances in the name of one’s art. Finally, the total illusion that has been inherent from the beginning in one’s striving shimmers, quivers, and sets one aflame.” (Correspondences of Smell and Visuals, 1967)