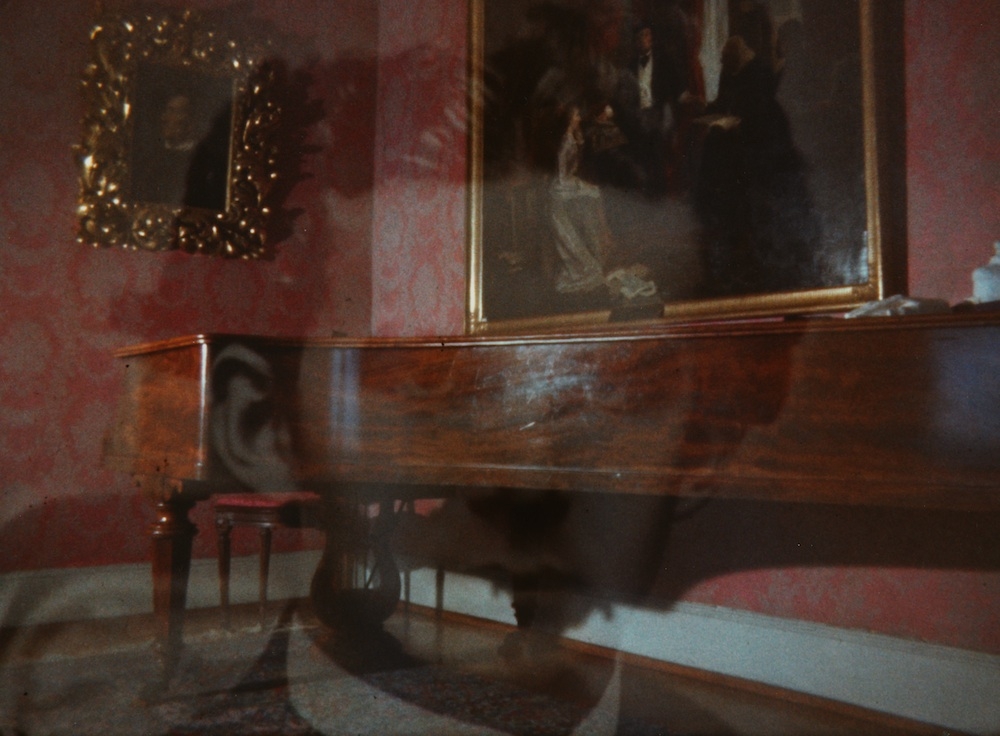 The Mysteries was made in Munich, Spring 1968, during the same period in which Markopoulos directed two opera pieces for German television. (Rosa von Praunheim was his assistant on all three projects.) Writing in Artforum, Kristin M. Jones described the film as “… a mournful work in which, as in many of the earlier films, the rhythmic repetition of imagery evokes poetic speech, and changes in costume emphasize shifts in time, space, and emotion. Here, a young man’s struggles with memories of love and intimations of death are set alternately to deafening silence and the music of Wagner.” The Swiss chateau built for Wagner by King Ludwig II is documented in Sorrows, an in-camera film composed through intricate layers of superimposition.

“In my film I suggest that there is no greater mystery than that of the protagonists. War and Love are simply equated for what they are; the aftermath is inevitable, and a normal human condition, for which like the ancients one can only have pity and understanding. In this lies the mystery. All else is irrelevant. That there are other sub-currents of equal power in The Mysteries goes without saying; and, those who are capable of the numerous visual visitations and annunciations which the film offers them will realise what is the Ultimate Mystery of my work.” (Disclosed Knowledge, 1970)