The new (April 2017) issue of Artforum features a great article on Peter Gidal’s “Flare Out: Aesthetics 1966–2016” and “Shoot Shoot Shoot“, the LUX publication on the first decade of the London Film-Makers’ Co-operative. 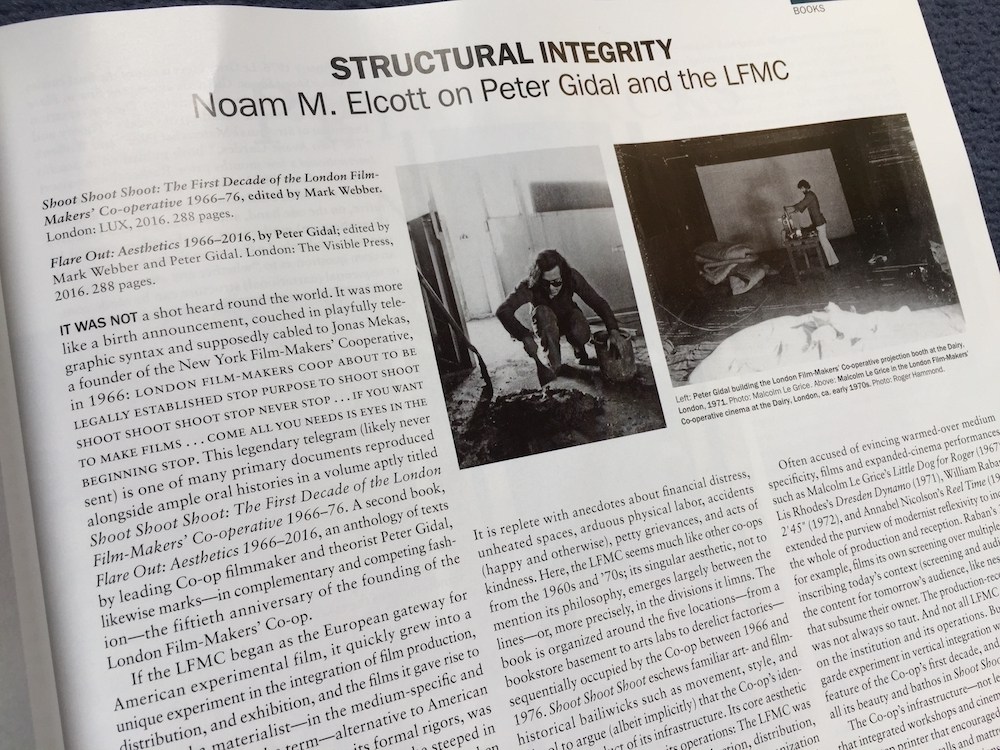 “In tone and substance, many of the essays in Flare Out testify to Gidal’s ‘ultra-left’ politics, polemics that were widely criticized and eventually abandoned by most LFMC adherents for their seemingly intractable dogmatism. And yet many of his arguments seem all too timely today. What was once dismissed as a puritanical asceticism at odds with rudimentary aesthetic pleasure seems sensible now, even compulsory, given our ascendant patriarchal politics. [… ] Infamously, Gidal advocated for a moratorium on representations of women on-screen. Perhaps we consider ourselves too enlightened to brook, or the feminist project too far advanced to warrant, such blunt statements – even in the months dominated by the venom of Trump, the vitriol of Bernie Bros, and the broadcast and social media that enabled both. But Gidal’s unfashionably radical feminism deserved more than a second look in the current climate of fashionably virulent patriarchy.”