“Film as Film” reviewed in Cineaste

The Winter 2015 issue of Cineaste (Vol. XLI, No. 1) contains a glowing review of Film as Film by Los Angeles based critic Jordan Cronk. The magazine, which contains a review of P. Adams Sitney’s The Cinema of Poetry in the same issue, is now available on newstands.

“Markopoulos was notably averse to critical deconstructions of his work, which likely accounts for such a thorough philosophical inventory on his own behalf. A book such as Film as Film is therefore the perfect complement to his legacy, consolidaying the artist’s own words into a singular aesthetic testament, free of analysis yet presented with striking clarity of purpose.” 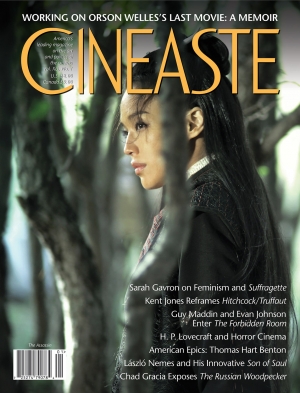