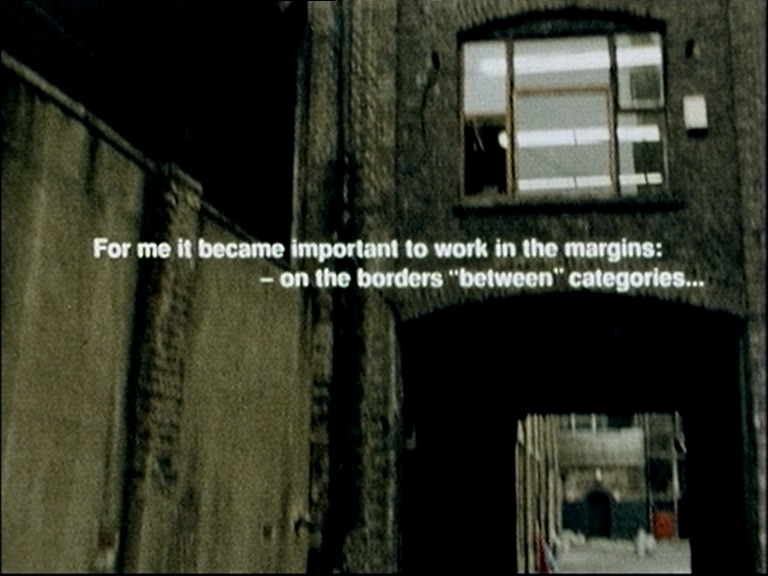 A screening of four films by Peter Gidal to celebrate the publication of Flare Out: Aesthetics 1966–2016, a collection of his essays on film, art and aesthetics. Gidal was a central figure during the formative years of the London Film-Makers’ Co-op and made some its most radical works. His cinema is anti-narrative, against representation and fiercely materialist, and his writings are similarly polemical and unique. This programme of films from the 1960s to the present includes his most recent work, and will be followed by a discussion with Peter Gidal.

“He draws out singularities. He allows the camera only a fenced in area, piecemeal. He lets the gaze hold on objects and constantly repeats … this permits the possibilities of the discrepancies between one’s own seeing and seeing with the camera to become distinct, and this in turn allows for a completely different experience of the surroundings.” (Birgit Hein)

Flare Out: Aesthetics 1966–2016, edited by Mark Webber and Peter Gidal, is published by The Visible Press. www.thevisiblepress.com

Assumption
Peter Gidal, 1997, 16mm, colour, sound, 1 minute
Assumption features glimpses of life at the London Film-Makers’ Co-op; but is more than a potted history of an organisation. It pays tribute to Mary Pat Leece, a founding member of Four Corners Film Workshop and a teacher at Chelsea and Saint Martins Schools of Art, one of the true innovators of the independent film sector. With its virtuoso editing, voice-overs and scrolling titles, it works as a densely-plotted celebration of independent film culture at the end of the 1990s.

Kopenhagen/1930
Peter Gidal, 1977, 16mm, b/w, silent, 40 minutes
Kopenhagen/1930 presents a different attitude to the seductions of content, to the signifying processes that are repressed in the rigorous procedures of the Structural/Materialist film. Its material is ‘images by George Gidal, Copenhagen 1930’: photographs, their grounding and their signification.

not far at all
Peter Gidal, 2013, 16mm, colour, sound, 15 minutes
First film in 5 years, tempted to say different yet the same, but not. not far at all’s soundtrack, just for the record, is concrete/abstract without language.