Film as Film: The Cinema of Gregory Markopoulos: Program 5 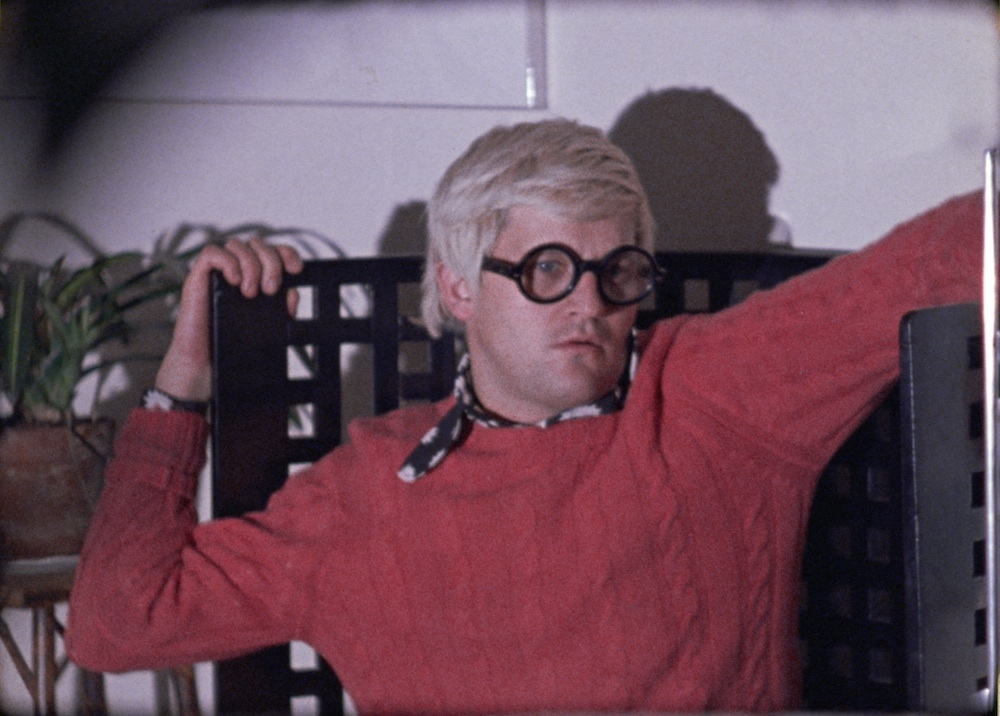 “Beloved spectators of my distant Temenos, what evolved was the ultimate concern for the medium of film. A continuous working decision not to betray you as film spectators; not to impose a message in your laps. But to deposit before you on a virile screen the very depths which concerned the present work in such a manner that you might one day at its presentation realize that I have been concerned always for you. I now repeat again the word, an effortless illusion and triumph with the legend of Faust; and, with the future film spectator of the Temenos supplying the very brilliance.” (Gregory J. Markopoulos)

GENIUS
Portraits of the artists David Hockney and Leonor Fini are intercut with one of art dealer Daniel-Henry Kahnweiler. Initially Markopoulos shot three autonomous portraits, but he quickly came to believe that he had been making a version of Faust without realizing it. He first called the film The Illuminations of Faust and later settled on Genius. In his essay ‘The Redeeming of the Contrary’, published in the Spring 1971 issue of Film Culture, Markopoulos stressed the ambiguity of his creation and the intuitive nature of his working processes: “I had no idea that these three figures of the art world … would become the very elements of my Faust. And yet they did. They evolved, once the decision was made, effortlessly.” The spontaneity of this evolution from autonomous portraits of figures “sitting in their own rooms” lies at the core of what Markopoulos took to be his gift to his future audience. (P. Adams Sitney)

GILBERT AND GEORGE
A portrait of the British artists, two living sculptures, filmed in Paris on the occasion of their exhibition at the Sonnabend Gallery. (Mark Webber)