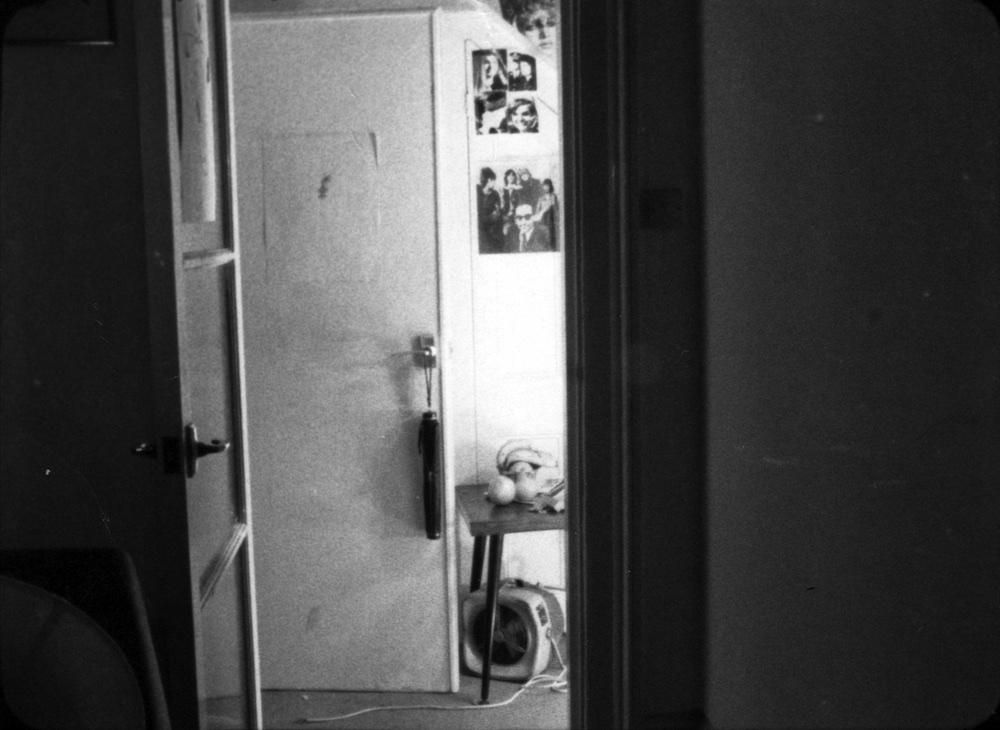 Two short and one medium length film from Peter Gidal’s first period. A very famous folk singer of the time is invoked, incognito (Key) but – above all – many elements of the film language (editing and jump-cut, repetition, duration, zoom, focus, blur, etc.) are used to question film, and our gaze. Jonas Mekas was an admirer of Room Film 1973: “I was particularly impressed with Gidal’s film, which from what I’ve seen may be his best to date. Very subtly and very plastically it deals with light. The film is uncompromisingly rigid in its minimality of action. A very beautifully realised piece of work […] It is denitely contemporary in feeling and substance. It is one of the best lms to come out of the London School.”