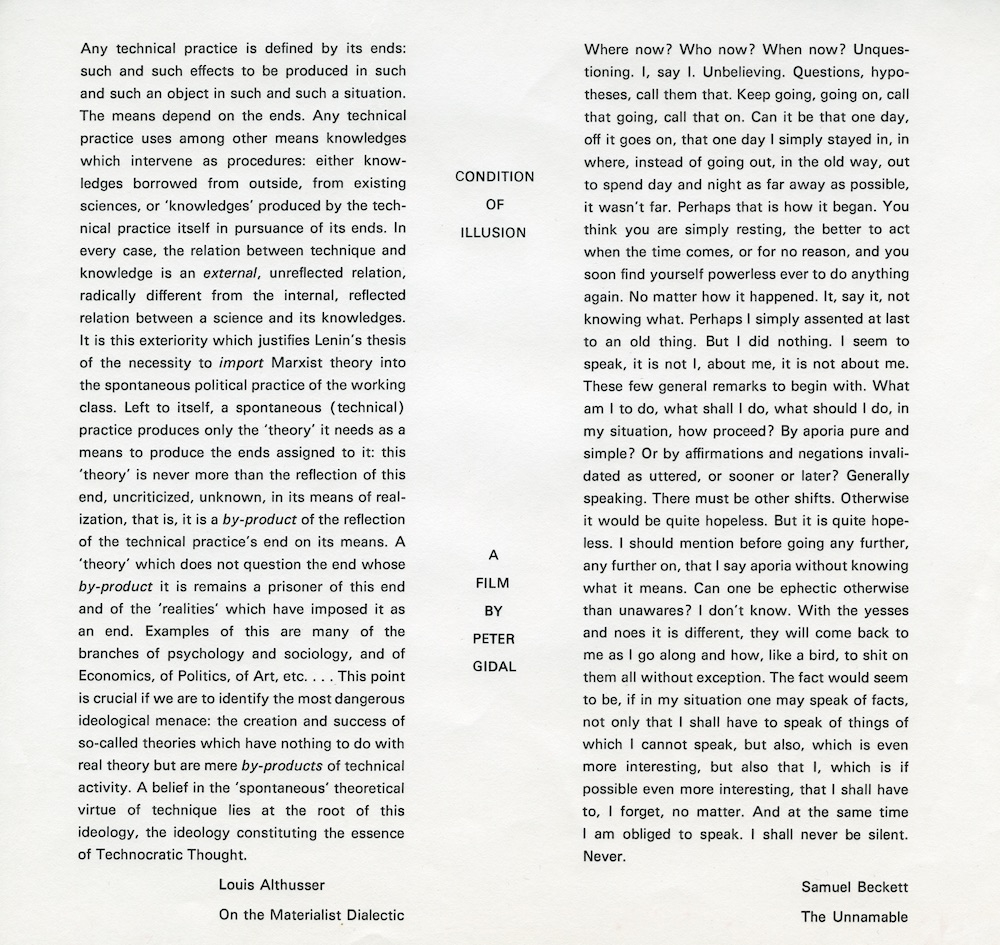 “Manipulation of response and awareness thereof: through repetition and duration of image. Film situation as structured, as recorrective mechanism.” (Peter Gidal, 1969)

The early film Hall presents a fixed view across a space of indeterminate depth that is continually disrupted by jump cuts and repeats. Despite the incessant ringing of (what may be) a doorbell, it is one of Gidal’s more accessible works. By the mid-1970s, the profilmic event had been entirely thrown into question. Variations in camera movement, lighting, exposure, focus, zooms, shot duration, repetition, and filming from photographs (rather than ‘reality’) were established as methods through which identification of/with an image could be negated. In Condition of Illusion the image remains unstable until the final section, a scrolling text with extended quotes from Althusser and Beckett. Other works do not contain similarly readable content: Flare Out is “out of time in time; not not knowing the unknown but not knowing the known, no trace of ‘no trace of any thing’,” the Codas (commissioned by Frieze, snatches of Burroughs on the soundtrack), “a complex of barely visible cuts in space and time, the opposite of erasure, but nothing so much as visible.”