Jonathan Walley has constructed an extraordinary response to Peter Gidal’s “Flare Out: Aesthetics 1966–2016” using text and images. The article is available online at World Picture Journal and can also be downloaded as a pdf. 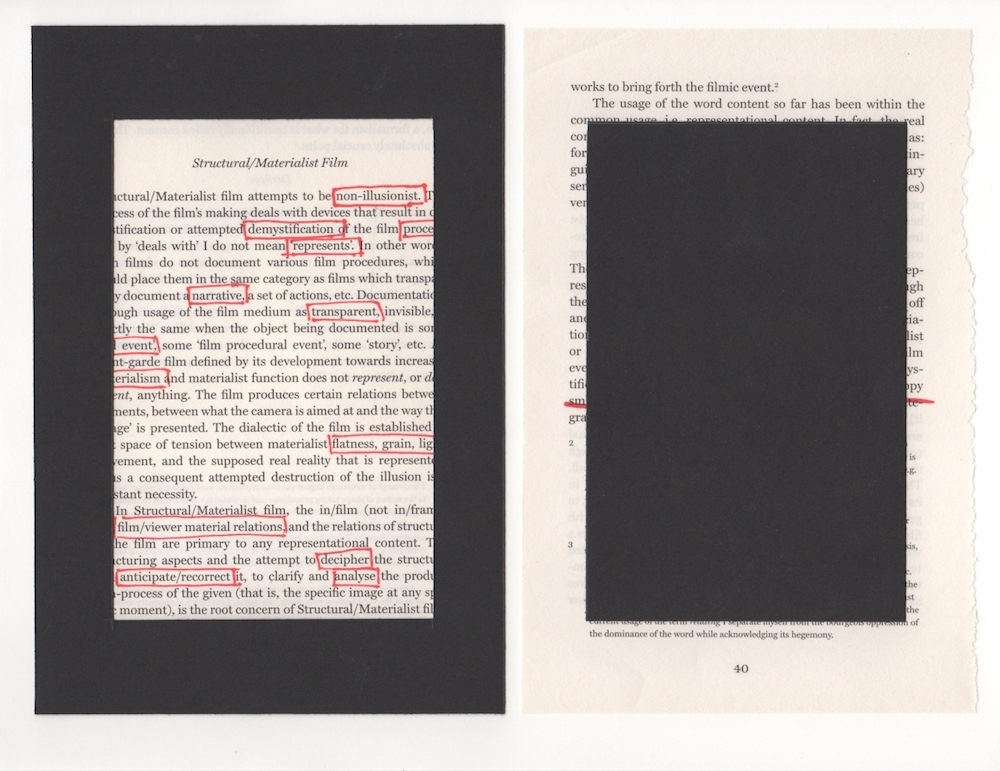 The current issue 12 of World Picture (Winter 2017) was guest edited by film artist Luis Recoder and is structured around the theme of “Orthodox.” It opens with a new translation of Theodor Adorno’s “Freud in the Present” and features contributions by Brian L. Frye, Sandra Gibson, Laurence A. Rickels, Kiarina Kordela, Alexander García Düttmann and others.

Peter Gidal’s films Coda I and Coda II (both 2013) can also be streamed online through the journal’s website. 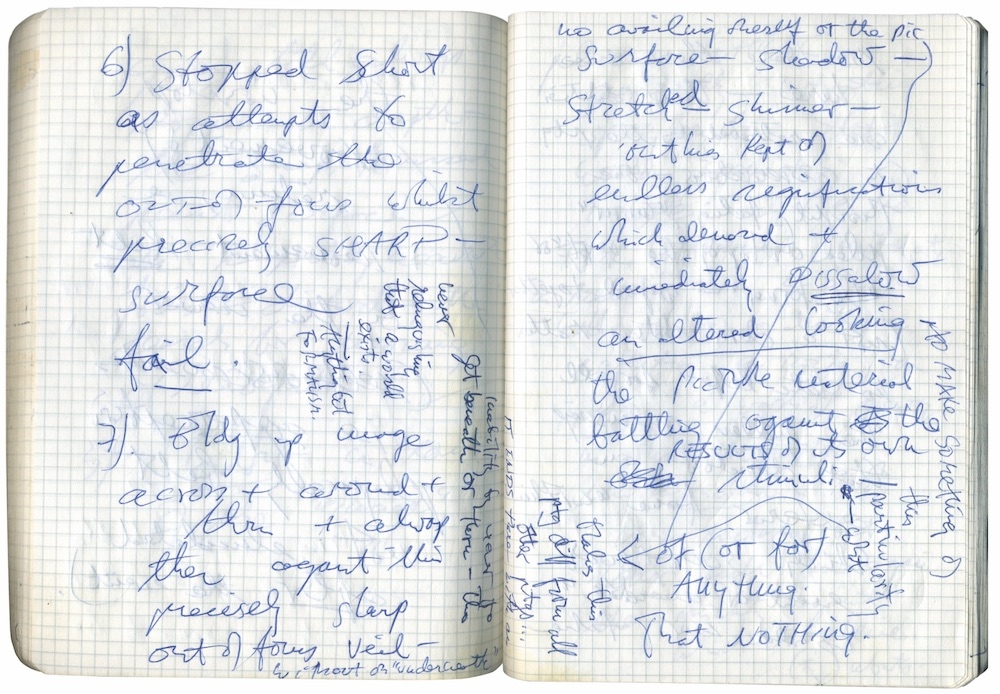 Walley writes: “Color plates in the middle of the book begin with reproductions from Gidal’s notebooks, handwriting scrawled on—of all things—graph paper; as if Gidal wanted some visual reminder of the structures he works against. The grid is an almost comically inapt backdrop to his purposely, persistently disordered, Sisyphusian (constantly starting again, re-trying) prose. Graph/draft paper: his writing retains a sense of the draft, the free-write, the process of working out rather than the completed object—the text—that is supposed to result.”