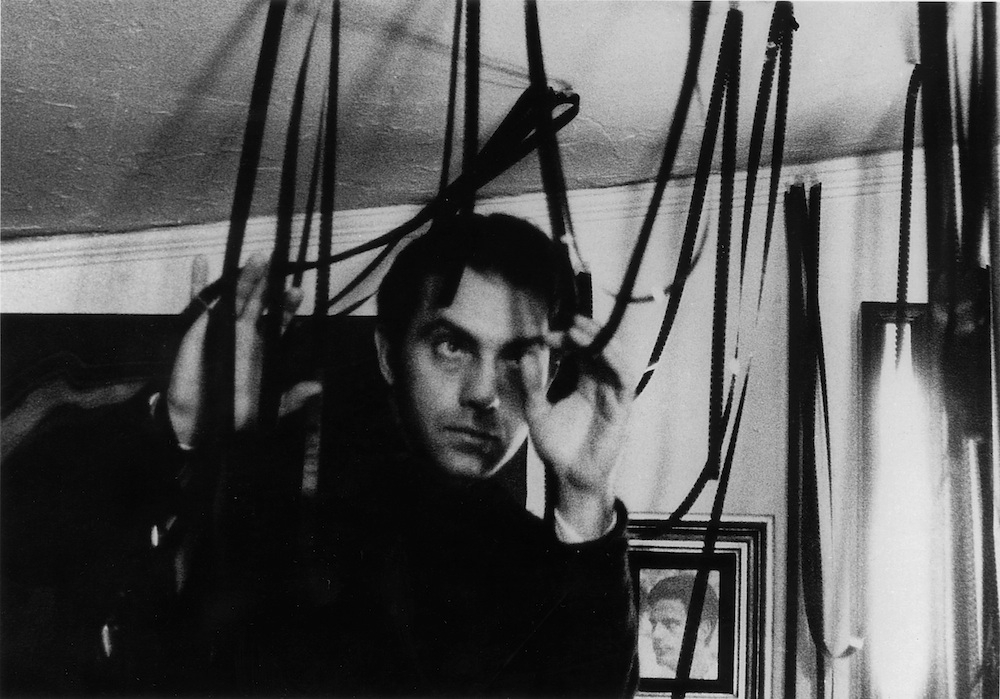 Celebrating the publication of Film as Film: The Collected Writings of Gregory J. Markopoulos (The Visible Press), filmmaker Robert Beavers, scholar Daniel Heller-Roazen, and the volume’s editor Mark Webber will lead a discussion of Markopoulos’ unique vision of film and the film spectator. Following the discussion will be a very rare screening of one reel of his magnum opus, Eniaios. This publication contains some ninety out-of-print or previously unavailable articles by the Greek-American filmmaker (1928-1992) who, as a contemporary of Kenneth Anger, Stan Brakhage and Andy Warhol, was at the forefront of a movement that established a truly independent form of cinema. Beginning with his early writings on the American avant-garde and auteurs such as Dreyer, Bresson, and Mizoguchi, it also features numerous essays on Markopoulos’ own practice, and on films by Beavers, that were circulated only in journals, self-published editions, or program notes. The texts become increasingly metaphysical and poetic as the filmmaker pursued his ideal of Temenos, an archive and screening space to be located at a remote site in the Peloponnese where his epic, final work Eniaios could be viewed in harmony with the Greek landscape.

In the last decades of his life, working quietly in Europe, Markopoulos re-edited his whole body of earlier films and dozens of new ones into one magnum opus, Eniaios. It is one of the longest films ever made: the complete film lasts approximately 80 hours and is divided into 22 cycles. From the moment he began to construct it, it was Markopoulos’ intention that Eniaios be projected only at the open-air site of what he called “The Temenos,” in a field near the village of Lyssaraia, the birthplace of his father in the Peloponnese of mainland Greece. For Eniaios, the summa of his career, Markopoulos wished to create a deeply personal and utterly unique cinematic experience. He chose the site for its natural beauty; he had conceived the Temenos as a viewing space where the physical environment would be in harmony with his idea of cinema as an instrument of philosophical and psychological revelation. In calling his projection space “The Temenos,” the filmmaker was invoking the religious traditions of ancient Greece, where a portion of land was set aside for the ritual worship of a god. The original meaning of the term “Temenos” is “a piece of land set apart.” Markopoulos wanted his life work shown in a space “set apart,” when after years of working in the international arena of the experimental film, he grew disillusioned with the interrelated commercialism of the film industry, the universities, and the art museums. He was convinced that the grandeur of what he called “film as film” required something radically different.

Gregory Markopoulos: The Collected Writings is made possible with support from Axe-Houghton Foundation and Lambent Foundation Fund of Tides Foundation, and in part by public funds from New York City Department of Cultural Affairs in partnership with the City Council and New York State Council on the Arts with the support of Governor Andrew Cuomo and the New York State Legislature.